Yeah, the crazy Barbie collector is back with a new topic. Today I’d like to tell you a little bit more about the theme of Barbie variations. For some the icing on the cake. For some other collectors is it uninteresting. It’s depending on your area on interest.

Let’s keep in mind that the was at least partly done by hand. Handmade is handmade. No doubt. Handmade things differ. It’s in the human nature. We see things in different ways and we do things in different ways. That’s clear. We also know that there is a kind of samples for every Barbie doll. I can’t prove I think there’re samples in every production maybe due to a lack of colors not every plant did the work in the same way. That’s the most logical for what could have happened and how variations probably into life.

With the emergence of the internet it became much easier to buy Barbie dolls. The range of the worldwide offered Barbie dolls became much bigger than it was ever before. Suddenly the whole world became a village and buying became easier than ever before. The years of release played no role anymore. You did not need a magazine to find what you were looking for (like it was before). You could tell your friends about special offers within minutes. I already to you about the difference of the make-up between different countries but it does not mean that it’s everywhere the same one. We have differences in the production plants and we have differences in the taste of the population. A lack of a special color can of course cause a difference in the outward appearance of a Barbie doll. Sure.

The internet however made it possible for collector to notice these differences. I can’t speak for other collectors but would have never seen the differences if we had never talked about them. You can have one doll from three different plants and you have three different Barbie dolls. I know it sounds strange but it is the truth and I can prove it. Some collectors have one Barbie from x countries or factories and you see the variations. It’s sometimes incredible. And incredibly interesting too.

Let me show you an example. I have four Magic Curl Barbie dolls. Three of them are from Taiwan and number four comes from Spain.

That’s my first Magic Curl Barbie. I found her on a flea market several years ago. She was produced in Taiwan. Have a close look at her eyes. #magiccurlbarbie #magiccurlbarbie1981 #barbiesuperstar #superstarbarbie #busybfromgermany #barbievariations

My third Magic Curl Barbie is still in box. She was produced in Taiwan too. Have a look at her face. The make-up is different again. #barbiemagiccurl #magiccurlbarbie1981 #magiccurlbarbie #barbiesuperstar #superstarbarbie #busybfromgermany

There are popular but hard to find variations

I hope you understand what I want to say in the section above. Some of these variations are hard to find and some collectors spend big sums to get them. One of the first variations was the very first Midge with teeth. I don’t know how many Midge dolls with teeth were painted but I estimate between 1% or 2% of the whole production.

Midge is not the only example. There are lots and lots of variations in the Barbie history. Some came into existence because the plants had rests which they used. Mattel is known for the use of leftovers.

Maybe you are interested in starting a Vintage Barbie collection too but you have no idea how to identify the early Ponytail Barbie dolls with all variations of Make up and hair colors. Here are two pics that might help you. I found them recently and think they are very useful. 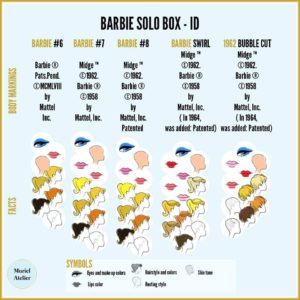 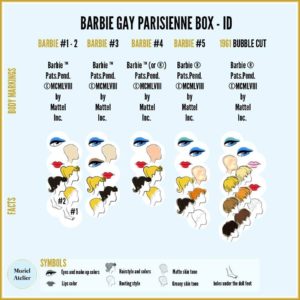 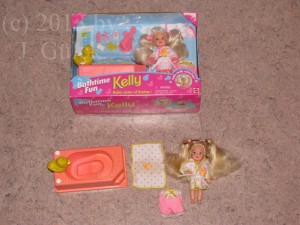 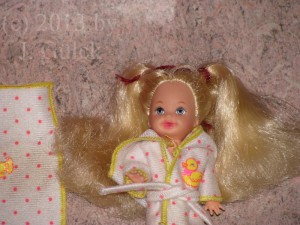 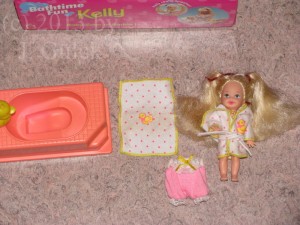 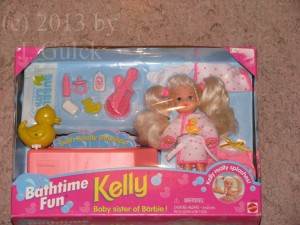 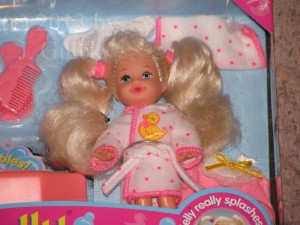