Christmas is over now but is this the best reason to say we have to wait until next year to sew a Xmas skirt for Francie? My answer is no and I can explain you why. In December 2020 I saw the fabric you can see below in the little video. I saw it and I thought it would make a perfect dress, skirt or top for Barbie doll or a family member like Francie. Francie is the cousin of Barbie doll, sold from the mid 1960s until the mid 1970s. Do I have to mention that she is still a very popular member of the Barbie family? When you’re into Vintage & Mod Barbie collecting then I guess I don’t have to.

Maybe it’s useful to explain it to the other side of my readers here. Although Francie doll is a very early member of the Barbie doll family she is still very popular among the children from back then, now being grandmas. Designed to be a bit younger than Barbie and more adolescent than Skipper doll Francie was designed to be approx. 15 years old with a little bit more breast than Skipper but less than Barbie has.

Seen from a marketing point of view and keeping in mind that the wild 60s in London, GB were such an influence that it was hard to ignore in general. Maybe this idea was the starting point why Francie doll was released in 1966. This was also a big opportunity to hop on the train because the fashion of Barbie was rather 50s like, classical, conservative, not hip. That’s the point where Francie could help. With her sling body she could wear hip mini-dresses, short skirts and tight things that Barbie was a little bit too old for.

When I made my first contact with Barbie Francie was out of production for a long time, almost 25 years but I immediately liked her when I got into collecting in the mid 1990s ( and yeah, she was affordable back then) but she was not my main focus point. I rather wanted to collect Barbie. The interest in collecting Francie was there from the first minute. After collecting for 10 years I found a Francie on a flea market with almost no clothing but her bathing suit. For a long time she had to wear it. In the last years she got another outfit but hey, believe it or not but I think the original clothes are hard to find and even expensive. Why not designing your own clothes for Francie? With this idea in mind this video is the logical conclusion of it. So here we are doing our own clothes for Francie when the original ones are too expensive. 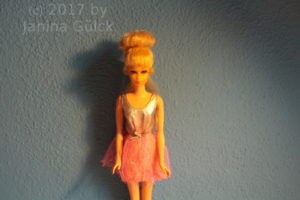 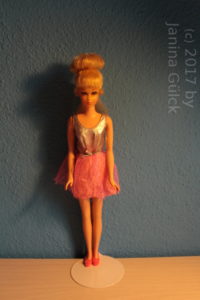 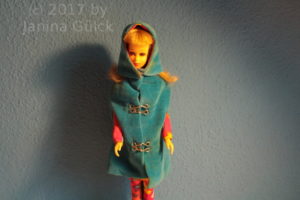 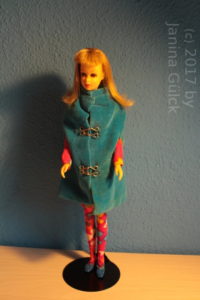