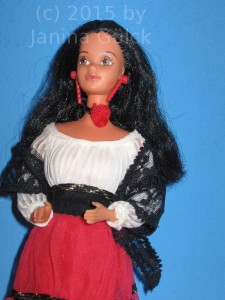 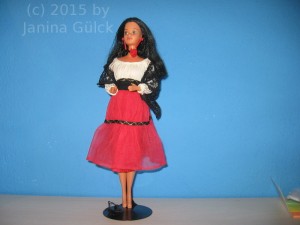 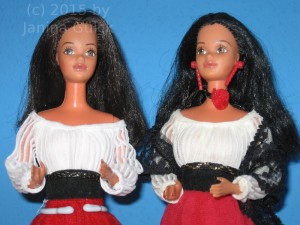 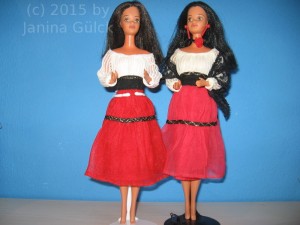 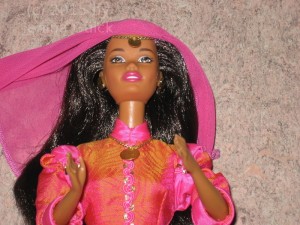 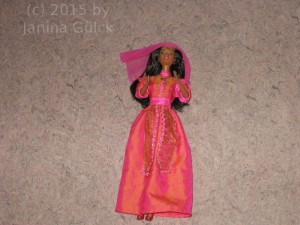 I know I haven’t posted anything in the last 2,5 month. I have been very busy. Now that I have time again I would like to show you my little Ski Fun collection. I got the Barbie and the horse in 1991. Unfortunately most of the barettes got lost and I had to search and search and search to get new ones. I was so happy when I got them back. In summer I also found the dog Snowball, that I always wanted but never found,  and the blanket of the carriage. Maybe I can find the rest of the carriage in the future to complete my Ski Fun collection. It’s not the original saddlery that you can see. The original one was pink and I used the one that was delivered with the luxury horse trailer in 1996/1997.  Hope you like the pics. 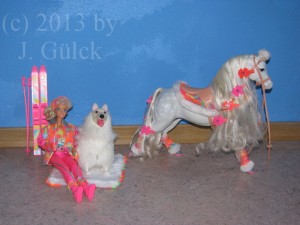 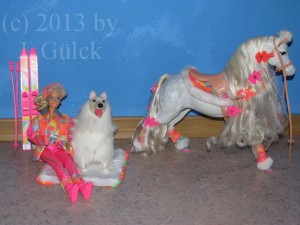