In the recent months I was able to find two rare friends of Barbie doll. They are called Devon and Kayla. They were only made for the US-market and never available in Germany. The Dance Club series was produced in 1989. The clothes may be a bit old fashioned but I think they express the feeling from then. I like them because the colours of the clothes are shrill and very bright. This is the first time that the triangle earrings and ring are introduced to the market. I thought that they were used the first time with the very popular Totally Hair Barbie series but obviously they were already available in 1989. 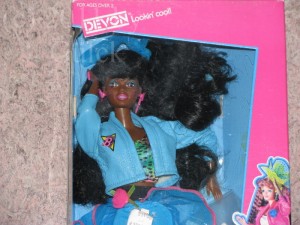 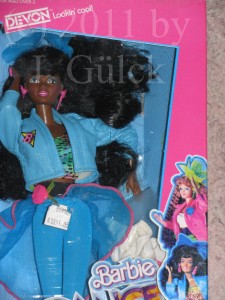 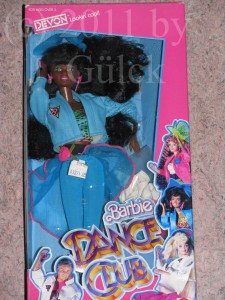 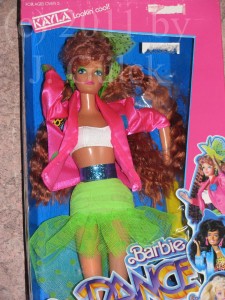 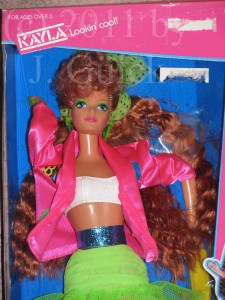 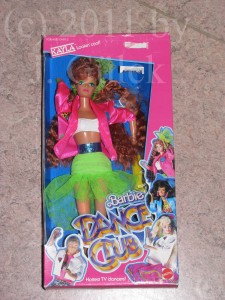